For the second time in about three years, I spoke on the phone with Dapo Lam Adesina. As I’ve come to realise, he’s quite the popular politician, especially among young people.

Mr Lam-Adesina was once the Oyo State commissioner for youth and sports. He was the youngest person in Governor Abiola Ajimobi’s cabinet.

Now, Dapo Lam-Adesina is a member of the House of Representatives.

I called him recently, mainly because he’s been unbelievably busy with constituency work and, what’s that word, humble. It appears to me like he’s positioning himself for something bigger, like he’s playing a long game with his politics. Is he being super nice because he wants to run for governor after Ajimobi? Is this a prep for the senate? What’s his deal? Also, are there any secrets that any aspiring politician can learn from him?

In this interview, we speak less about his work but more about how to beat the odds; how to become a focused, and maybe respected, politician.

He tells me how even though goodwill is such a precious commodity, it’s still quite easy to attract.

Dapo Lam Adesina explains how he spins his six degrees of separation into a bigger network that in turn bolsters his influence.

Then he tells me the importance of humility and how to resist corruption. And finally, he gives free advice on how young Nigerians can break into politics, whether they have money or not.

The parties, the way they are now, are platforms for people to achieve their aims. We don’t have political parties with ideologies like the ones we used to have during the UPN [Unity Party of Nigeria] and NPN [National Party of Nigeria] days.

So we’re gradually just getting there and I believe until we get to where we have political parties with ideologies, the level at which people jump from one ship to another wouldn’t reduce.

For me, the first thing to do is to have political parties with ideologies, where you know that you’re either a leftist or a rightist or you’re in the middle.

What’s your own ideology?

I’m a progressive to the core.

What does that mean for your people?

It means that this is a man who truly loves them. This is someone who cares for them, someone who, anytime he has an opportunity, will as much as possible, fight for their cause. Someone who will stand by them. A man who believes truly that there must be an egalitarian society for anything to develop. A man who is forward-looking.

Looking at the ongoing debate about the same sets of politicians occupying government positions for decades and young people not being presented for elective positions, this question comes up: Why should young people go into politics?

There’s politics everywhere, even in your home. You just have to keep your head up. For instance, you may just be walking on the road and an elderly person will say you didn’t greet them properly; it’s part of it. It’s now left to you to know the right thing for you to do, like, “I’m sorry, Sir.” Address the person well and keep moving. You know where you’re going. So, what should be your reason as a young person to go into politics? How would you make a difference?

Not every Tom Dick and Harry can go into politics just like not every Tom Dick and Harry can be a lawyer. But we still have young lawyers and doctors. Why have we not left those professions to old people? But it’s a gradual process. As a young person, you have to be involved because eventually, the elders will have to leave the scene. You have to learn the ropes so they can hand over to you. This is one of the reasons why we must get into politics. Also, for a society to develop there must be a balance of almost everything. For example, when people talk about gender equality, they’re talking about balance. When you’re in government, you must have women and the youth in that government. As the head of government, it’s your job to cater to everybody. Now, it’s only a woman who’ll know where the shoe pinches the women and fight the cause of the women. It is only a youth that will know where the shoe pinches the youth and fight the cause of the youth. That’s why you have to bring balance to anything that has to do with service to the people.

In that case, what are the tools a young person needs to succeed in politics?

The first thing is that you must be sincere. You must also know that you’re going into politics to serve the people, not yourself. Also, you must have the fear of God. When you have all that, you’ll succeed because you won’t get carried away by all of the things that happen in the system. You absolutely must know what you’re there to do.

I know that your dad was a big influence on you, but what preparations did you have to make to get into politics?

You just have to know what you’re going into politics to do. Always remember that your name is important. If your plan is to go there and make all the money and you lose your name, you have nothing. Public service involves a lot of sacrifice.

But it’s not as difficult as people make it seem. As long as you’re committed and you know that you’re out to serve the people, not yourself, you’re good to go. Put a lot of decency in what you do. When you’re in a position of influence, put yourself in the shoes of those you’re serving. How will you feel if you’re in their position and someone else acts the way you’re acting? What will you do? When you put yourself in the position of the people you’re serving, then you won’t have a problem making the right decisions.

Some say the only reason they can’t run for office is because they’re not wealthy. Do you think that’s enough reason to sidestep politics?

I don’t think so. During the last election, I didn’t have money but I had goodwill. I know I served a lot of people when I was commissioner. Many who were impressed with our performance put money together to support my campaign. They believed I could do a lot more. I know it’s very expensive to run for office in Nigeria but I can assure you it’s not just about the money. Just try. People should believe in themselves. Start gradually. Talk to other people in the community. People shouldn’t also collect money from politicians to vote for them, because at the end of the day after collecting money from a politician, when that person gets to power, they’ll have to recoup what they spent.

I can do a lot of things now because I’ve not invested huge amounts of money in politics and I’m never going to. Whatever I can get, I get. I’m not running to recoup any money or trying to repay any debts. I can go all out to serve the people. The day I have to start running about looking for money or selling property is the day I dump politics.

So how do you build goodwill?

Serve the people. Let people believe in you and have a cordial relationship with people with whom you believe you have the same principles. When you have an opportunity, no matter how little, use it very well. Assist as many people as you can legally. But most of the goodwill will come from people who haven’t benefited directly from you but have observed your performance in either a previous position or your antecedents. Also, when you’re in position, remain very humble. Don’t let it get into you head.

I know you’ve answered this in some forums but it will be nice to have a response to this question here also. What would you say is your reason for success?

Yes, it is because I’ve always been conscious of the fact that I have a name to protect. It’s a name that was bequeathed to me by somebody who toiled really hard, someone who had to suffer, who had to sacrifice a lot of things and I believe that it must not go wrong with me. That’s one. Also, I realise that I’ve been given an opportunity. Some of us have clamoured for good governance, some of us have asked for good leaders. So if we now have the opportunity, we must not be fools by doing the same things we saw as wrong in past leaders.

How did you learn the legislative process?

I’m still learning, I must tell you. You do a lot of research. You have to read a lot. It’s easier for those who’ve passed through the legal profession. But you have to learn how to come up with bills and motions and all. It’s quite challenging. You have to study really hard so that when you’re speaking you have information about a lot of things. For instance, there are 360 members of the House. So, if you’re saying nonsense on the Floor, you’re only embarrassing yourself.

The fight against corruption is one of the pillars of the Buhari administration. But the President has been criticised for how he’s handling it. Some think he’s not being sincere or that at this time, with this recession, the economy should be his priority, not the anti-corruption drive.

When you say jobs, people wonder, can the government manufacture jobs from thin air?

That’s closely tied to the power problem. Immediately you solve the power problem, you’ll see many companies returning the country. Also, government should give rebates and tax waivers to encourage companies to come in. Some state governments may have to give free land to these companies. When you create an enabling environment, investors will come and you’ll gradually reduce unemployment.

And in the age of Brexit, Trump’s ascendancy and the nationalist wave sweeping Europe, Nigeria is pressed to answer these developmental questions

My brother, if those things didn’t happen, were we not going to build our country! We fell into a trap recently because we’d been making [most of our] money from oil. We’d not diversified our economy. So, are we going to wait till they start chasing our people from other countries before we develop this country and make jobs available? We should never allow those things to happen to us. If Trump and Brexit are waking us up, good for us. But tougher ones will soon follow.

A version of this interview first appeared on samadeoye.com [The Book of Sam]. 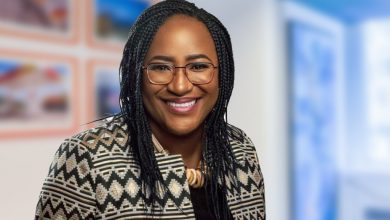 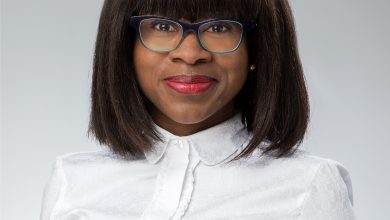