The boy said to me: somethingsomethingsomething. I can’t remember exactly what he said but it was rude as hell. My perfect comeback would have been: “Are you being rude on purpose or were you born that way?”

But I didn’t say that to him. I let it pass. This year, 2016, was the year I learnt street-level humility. On purpose. Humility is exhilarating. It makes you feel less superior and more understanding. Empathising.

Speaking with Audu Maikori, Tunji Olugbodi, Ayeni Adekunle, Dapo Lam-Adesina, and Steve Babaeko in the course of the year, I realised that, to make it in business and have goodwill in spades, you’ve got to stay humble and kind.

But this will be confusing to many young people. If you have to stay humble and kind, how come the United State’s new president is also its Jerk-in-Chief?

I don’t know. But millions of that country’s everyday folk and their elite agree that Mr Trump is an outlier. No one can replicate his success with the same tricks. You cannot “insult your way to the White House” twice.

Also in America, the Country Music Association, CMA, selected Tim McGraw’s Humble and Kind as its song of the year. That’s just perfect. It’s brimming with meaning. It’s a message to everyone who may be confused about what the world is coming to. Or if this is the new normal.

I hope it’s not the new normal. I hope we can all be kind to one another. I hope we can be gracious in victory. I hope we can always hold the door for others, say please and thank you. I hope that when we say ‘I love you’, we don’t use it just as a pickup line.

As my mother taught me, respect others. It doesn’t matter if they don’t respect you back. You contribute your own good to the world. Hopefully, we’ll have enough good poured into the world to keep humanity going. Plus, being good makes you feel good.

In the meantime, these are the other things I learnt (or re-learnt) in 2016.

You Need Grace
Whatever you believe in, there are so many things we cannot control. It gets to a point where, after you’ve done your best, you leave what’s left to the Universe. I leave it to God.

No One Owes You Anything
In other words, no one cares. Except for people who’ve known for a while and believe in you for some reason, most people’s relationships are transactional. But when we do exceptional work, the world will beat a path to our door.

Everything You Believe Is Wrong
Mark Twain might have or might not have said, “It’s not what you don’t know that kills you, it’s what you know for sure that ain’t true.” I assume he said it. Why, Mark Twain was a pretty witty dude. And, most business plans are based on assumptions. When you hit the market, that’s when you discover real life. Most times, it ain’t pretty. So, iterate or disintegrate.

Democracy Is A Delicate Thing
There’s a dictator in everyone. Only decency and fear compel people to yield the way when they have power. When it comes to power-grabs, the United States is no different from Nigeria. But ultimately, what marks them apart is the unquenchable thirst to rule the world.

Let’s Start A New Religion
Long story short, let companies raise new fanatics with their products. For real, everything that can be invented has been invented; we’re all only making them better. So, the question should be, how does this new idea change what already exists? Whose life is it making better? How enchanting is it? Is it a purple cow or a purple with jet engines? Will the ideal customer swear by it? Will they form a cult around it?

Everything Is Awesome
This is optimism. It’s hope. It’s what I want for 2017. It’s probably what you want, too. The economy isn’t so friendly now. However, a little positive thought is just what the doctor ordered.

Above all, stay humble and kind. And Merry Christmas.

Sam Adeoye is a storytelling consultant and Lead Consultant at Sizuul Africa. He was a journalist at The Guardian, COO at RedGecko PR, and Creative Director at DKK Nigeria and STB-McCann.
@Sam_Adeoye
samadeoye.com 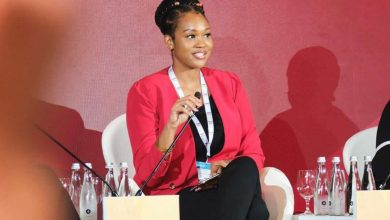 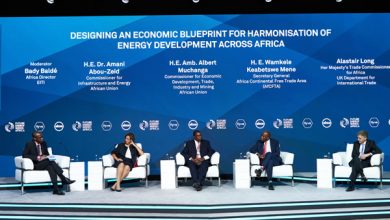