Siji’s music is authentic. It is a beautiful blend of Afrobeat, Jazz and Soul music that has captivated listeners across the globe. Not only that, he is as multi-talented as the diversity of music genres he plays. The British born singer, songwriter and documentary filmmaker who is of Nigerian descent, describes his eclectic sound as “Yoruba Soul”.

Real name Adesiji Awoyinka, Siji is also a sought-after singer/producer and has collaborated with popular house music producer Osunlade on a remix for the legendary Cesaria Evora, and has also produced tracks for renowned artists like Vinia Mojica, Wunmi and Salif Keita – one of Africa’s most successful music icons. If you value originality and talent above popularity and commercial success, then you will not only love Siji, but find his music inspiring. Please enjoy this interview with Siji, soul brother, in New York, USA.

SU: You grew up in different countries and continents. How was growing up like for you and how has experiencing different cultures shaped you as a person and influenced your music?

SIJI: Growing on both sides of the Atlantic, Africa, as well as the United States and Great Britain, has given me a global perspective on happenings around the world. Not only has it definitely shaped the way I think and act towards others, but how I see myself as an individual. I have come to appreciate people from different cultures and backgrounds and continue to learn from them all. Musically, I’ve drawn from the world of Blues, Jazz, Soul, Gospel, Funk, Afrobeat, Highlife, as well as traditional Nigerian music. When I was a child, my father had a colourful and diverse collection of records he brought back with him to Nigeria. This, of course, meant the household was filled with all kinds of sounds; many of which informed my later musical tastes.

SU: Would you then say that you are more Nigerian – ‘Omo Eko’ (Lagos boy), British or American?

SIJI: I would like to think I’m a Yoruba man or better still, an ‘Ekiti’ man at heart; even though I did manage to take in some of the good ‘ol British mannerisms (none of the stiff upper lip thingy though) as a teenager. I definitely don’t feel American though. I guess it depends on the situation within which I find myself.

SU: What inspired the name of your documentary project, the Elder’s Corner, and what is it all about?

SIJI: Elder’s Corner is a musical journey through key moments in Nigeria’s socio-political history as told through the lives and work of the nation’s foremost music icons (www.elderscornerfilm.com). The name ‘Elder’s Corner’ was actually coined by my co-producer, Ade Bantu, during the early stages of filming.

SU: How challenging was it producing Elders’ Corner and has it been rewarding so far?

SIJI: It has been extremely challenging on many fronts; particularly with regards to funding a project of its scope, coupled with the terrain (Nigeria) within which a lot of the filming has taken place. That said; it has also been extremely rewarding on many fronts, both personally and professionally. I’ve gained an incredible amount of knowledge and insight from my musical forebears about Nigeria’s history and culture. In many ways, the project has come to be a voyage of re-discovery for me.

SU: Despite having a master’s degree in engineering product design from the UK, you decided to choose music. Today, you are a singer, songwriter and producer. Do you ever regret at any point not following your parents’ wishes?

SIJI: I have no regrets whatsoever on my chosen career path. I was never cut out to be an engineer in the first place. Luckily for me, I knew this from the start and plunged headlong into music upon completion of my studies. That said, the benefits of having a solid educational foundation were drummed into my head from early childhood. My degree and education have served me extremely well on many occasions, given that I moonlighted from time to time as an Architectural Design Draughtsman to fund many of my early studio recordings. Not only that, I actually learned to play the piano whilst studying for my degree in London. As it were, one of the lecture theatres had a magnificent concert grand piano upon which I learned to write, compose and become the musician that I am today.

SU: Your debut album is titled, ‘God-given’. What’s the inspiration behind it and why do you sing the kind of songs you sing – of freedom, love and self-empowerment?

SIJI: A lot of my music is autobiographical in nature and comes from everyday happenings around me. ‘God-given’ was borne out of my situation then. I had recently moved to New York and was surrounded by incredible, yet challenging new experiences. I also had a grand opportunity to lose myself in Osunlade’s recording studio, given he was on the road (mostly). So I lost myself in music and songs. It was appropriately titled, God-given, which was the end result. And in some way, the songs I choose to write and sing reflect my inner desire to connect with humanity on a number of issues that affect us all.

SU: Your father opened up on your debut album (‘Oriki’) and you once said it felt “like a stamp of approval.” Was that a sort of watershed for your choice of career path?

SIJI: In many ways it was and remains so. My father had kind of applauded my musical efforts up until that point but his recital of my ‘Oriki’ kind of sealed the deal, as it were, for me. I had also made a conscious effort to showcase my culture and ethnicity within my art and his having opened up the album for me in the manner in which he did helped to consolidate this.

SU: Traditional tunes like Highlife and Apala are dying genres of music in Nigeria today, unlike in the 70s and early 80s. They have been relegated to the background by Afro-Pop, Rap, R & B and its derivatives. What does this say about the trend of Nigerian music culture in this generation?

SIJI: To coin a phrase from Elder’s Corner co-producer, Ade Bantu, and a sentiment I also share, folks back home are, to a large extent, culturally illiterate! To think we have such legendary and iconic heroes in our midst and they are largely ignored, abandoned and unheard of is absolutely criminal, if you ask me. There’s a total disconnect between musical generations. I have always been of the opinion that if you have no idea where you’ve come from, you’re bound to get lost moving forward. I think a bulk of the music being heard and championed right now is definitely not the whole picture given. We’re far too diverse, colourful and funky a set of people to have just one groove going for us. There’s a great deal of untapped and unheard music the world is waiting to hear from the present generation back in Nigeria.

SU: If you were to pick your favourite destinations around the world that you have visited or lived in, where would that be and why?

SIJI: Without a doubt, Bahia, Brazil. The zest for life, the color, rhythms, beauty, the people…I could go on forever.

SU: CIn the future, what more should the world expect from Siji; the singer, songwriter and documentary film maker?

SIJI: I have a newly recorded album (as yet untitled), which is due out later this year, as well as the finished documentary.

SU: What sort of emotions run through you each time you visit Nigeria, knowing it could be far better than it presently is generally?

SIJI: My feelings have run the gamut; from elation, joy and gratitude, to outright contempt, exasperation and disgust. What can I tell you? To tell the truth, it’s been a bittersweet one for me and I’m still grappling with the whole experience. With each return, I get a touch closer to reconciling myself to the Nigeria that presently is, while hoping and believing it will someday and in some generation, live up to its full potential.

SU: Having experienced the best of Western countries, how disappointed are you about the Nigeria project?

SIJI: I must say I’ve learned not to measure up the nation to its foreign counterparts, even though it’s disappointing to see that we are many decades behind them as far as infrastructure, politics, civil order and what have you is concerned. That is not to say we won’t ever measure up or indeed ‘get there’. Nonetheless, all of our challenges put aside, I remain hopeful and have indeed seen signs of growth. Let’s just say, we are a work in progress and all hands are needed on deck.

SU: Obviously, you are a man of many talents. How have you successfully combined your degree with your passions?

SIJI: To a certain degree I think I have. Music is definitely a logical science and my background in Mechanical Engineering has definitely helped me navigate the shores of technology with which most of today’s music is made.

SU: Being a self-taught piano, percussion and acoustic bass player yourself, what advice would you give to aspiring musicians, artistes and professionals who feel they do not have the formal training to pursue their dreams?

SIJI: I’d say, find out what exactly it is that makes you truly unique, then fully embrace and champion it for the world to see and hear. 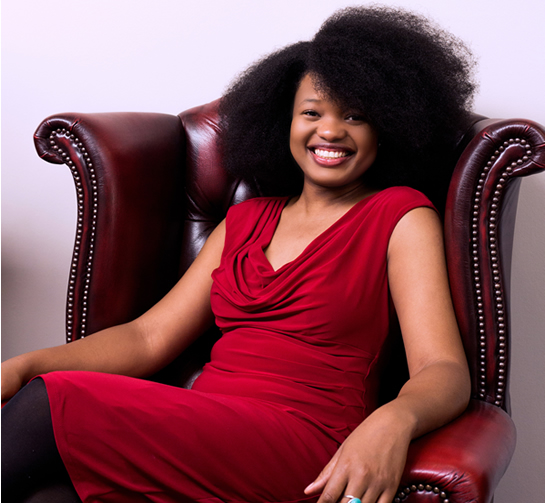